If you´re planning a trip to Colombia it’s important to understand Colombian money. We made a practical guide to ensure you have a full understanding before your trip.

What kind of money is used in Colombia

Answer: the peso – but it’s not the same peso used in other countries like Mexico. In 1837 the peso completely replaced the use of the “real”. Since that time, emblematic figures & animals have been printed on the coins & bills. Essentially, you can take a historical journey through Colombia simply by investigating the money. Let’s take a look at the Colombian peso.

This coin was first introduced in 1986 and is composed of nickel-plated steel with a plain edge. On the front is the spectacled bear (the only surviving species of bear in South America). On the reverse is the coins value. 50 pesos is currently the smallest denomination of currency available in Colombia (1, 2, 5, 10 and 20 pesos coins were discontinued due to inflation and have not been available since 2008). Think of this coin as the equivalent of a penny.

This coin was first introduced in 1992 and is composed of brass-plated steel with a plain edge. On the front is the frailejon (a high altitude shrub located in the Andes mountain range of Colombia, Ecuador & Venezuela). On the reverse is the coins value. It’s a good coin to have in your pocket if you like to pay exact amounts and not receive change in coins. Like the 50 pesos coin, the 100 pesos coin was introduced due to Colombia’s history of inflation.

This coin was first introduced in 1994 and is composed of copper, zinc & nickel with a lettered plain edge. On the front is the scarlet macaw (a large red, yellow & blue Central/South American parrot). On the reverse is the coins value. From my experience, the 200 and 500 pesos coins are used the most. I always have these coins with me when I leave the house and most of the time they get used. If you’re in the United States this coin would be similar to a nickel.

This coin was first introduced in 1993 and is composed of zinc, nickel, copper & aluminum. On the front is the glass frog (a frog that lives in the foothills of the Andes mountain range). On the reverse is the coins value. This is the most used coin in Colombia. Items at restaurants, supermarkets and street vendors will often end with 500 (for instance, a coffee might cost 2,500 pesos) so it’s good practice to always have a few of these in your pocket. If you throw these in a change jar you can build up some cash pretty quick too!

The 1000 pesos coin was first introduced in 1996 and is composed of copper, aluminum, nickel & zinc. On the front is the loggerhead sea turtle (a oceanic turtle that can reach a weight of 1,000lbs). On the reverse is the coins value, the words “Republic of Colombia” and the minting year. There is a 1000 pesos coin and bill. I see the coin more often than the bill. The coin is not as widespread as the 200 and 500 pesos coins but is good to have on hand.

Each Colombian bill displays a person who in some way changed the history of Colombia. We’ll discuss those people in a moment but there is something everyone who uses Colombian money should know. In the past, there was a big problem with counterfeit bills. It’s very common to see people checking for authenticity and you should do the same. Simply look for a hologram that changes colors. You can also feel the texture (real bills have texture). Let’s take a look at each currently circulated bill.

Jorge Eliecer Gaitan was one of the most influential Colombian political leaders of the 20th century. Gaitan was known for speaking out against corruption, economic imbalance & injustice. He was one of the most charismatic leaders of the liberal party and was subsequently assassinated while running for president in 1948. The ten years following his assassination was known as “la violencia”, a dark period in Colombian history that was filled with violence and political unrest.

The old bill has Francisco De Paula Santander on the front. Francisco was a political and military leader during Colombia’s independence war in the early 1800’s. He is considered one of the original founders of the Colombian liberal party.

The new bill has Debora Arango on the front. Debora was a artist who used her talent to explore controversial and politically sensitive issues. She was known for sparking controversy with her works which included suppressive regimes, nude women and other portrayals labeled obscene by the Catholic church.

Jose Asuncion Silva appears on the new and old 5000 pesos bill. He was a very important writer, poet and founder of modernism. Some people say there is a poem hidden in the 5000 pesos bill that professes Jose’s love for his sister.

Policarca Salavarrieta (or La Pola) is one of the most important women in Colombia history and appears on the old 10,000 pesos bill. She was a spy for the revolutionary forces during the Spanish war. Eventually she was captured by Spain and executed for high treason. Today, she is considered a hero who gave her life for Colombian independence.

Virginia Gutiérrez de Pineda appears on the new 10,000 pesos bill. She was an anthropologist who is considered a pioneer of family and medical anthropology in Colombia.

Julio Garavito was an astronomer mathematician, economist, poet, and engineer whose research contributed to the development of science in Colombia during the 19th century. He appears on the old 20,000 pesos bill.

Jorge Isaacs was a writer, politician and soldier who appears on the old 50,000 pesos bill. He wrote a novel named “Maria” which is considered one of the most important romantic novels in Spanish-American literature.

Gabriel Garcia Marquez is considered on of the best authors of the 20th century. His most popular novel, “100 years of solitude” has been translated into 46 languages and sold over 50 million copies. It is recognized as one of the most significant works ever written in world literature. Gabriel appears on the new 50,000 pesos bill.

The 100,000 pesos bill is the largest denomination of Colombian currency. Carlos lleras Restrepo was the 22nd president of Colombia and appears on the front. He was known for implementing broad social and economic reforms. Following his presidency he founded the political magazine “Nueva Frontera”.

We hope this gives you a good understanding of Colombian money. Feel free to email us with any questions. In future articles we will discuss the best places to find current exchange rates, how to turn foreign currency into Colombian pesos, the best way to send money, how much it costs to live in Colombia and more. Stay tuned! 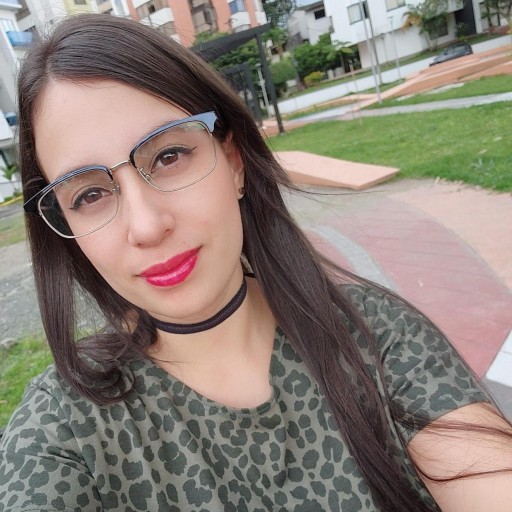