Medellin is one of the most popular destinations in Colombia for locals and foreign tourists alike. Known as the “city of eternal spring” and capital of the department of Antioquia, Medellin is an absolute must-see. Sitting at an elevation of nearly 5000 feet within the Aburra Valley and surrounded by the Andes Mountains, few places offer the beauty and character of this fascinating city.

Medellin is Accommodating to Travelers

Of all the cities in Colombia, Medellin may be the best place for travelers who do not speak Spanish to visit. Most Colombians do not speak English. In fact, only 4% of Colombians speak English correctly. If you do not speak Spanish, there are many places in Colombia where you will have a difficult time communicating. Three cities with the highest speaking English populations include Bogota, Cartegena and you guessed it, Medellin. Although there may be a small language barrier in Medellin, it will be much easier to find people in airports, hotels, restaurants, taxis, bars and businesses who speak some English and are able to communicate with you. You will also see more foreigners and tourists in Medellin.

It’s Nickname is the “City of Eternal Spring”

Three cities in Colombia have been given the prestigious title of the “city of eternal spring” due to their temperate weather. Of the three, Medellin is the most popular and well-known tourist destination (Bucamaranga and Pereira being the other two). On average, temperatures in these regions range between 75-85 degrees Fahrenheit every day of the year. In the evening temps can fall below 60 degrees but on a normal night the temperature is usually around 70 degrees. It rains often in the region but typically only lasts for an hour or two before sunlight returns. You will not waste a single day of your vacation sitting in a hotel due to weather in Medellin.

The Museum of Antioquia

The Museum of Antioquia is one of the most famous museums in Colombia and provides a unique perspective of the culture and history in the region. The museum houses multiple collections of works including those by Medellin native Pedro Botero (a famous Colombian artist). Outside the museum you will find Plaza Botero, a central square with almost two dozen large statues by the popular latin artist.

Parque Explora is a science museum in Medellin that houses Colombia’s largest fresh water aquarium, a planetarium and a handful of interactive exhibits. It’s not as modern as some science museums in America and Europe but it’s definitely worth a visit. I really enjoyed the explora aquarium because it houses native Colombian wildlife you may never get the chance to see otherwise. It was exciting to see piranha and river eels up close. Some other notable mentions at the park include the vivarium, music room, mind room, scene room, time room and dinosaur exhibit. I would recommend checking out this article “Everything You Need to Know About Parque Explora” if you would like a more detailed analysis of the park.

Medellin’s landscape is breathtaking. Since the city is nested in the Aburra Valley it’s surrounded by stunning lush tropical mountain views on all sides. In some areas you can see coffee plantations and fields of flowers as far as the eye can see. The biodiversity of Colombia is amazing and Medellin is no exception. The city also has a metro cable system you can take up the mountain to Parque Arvi, a popular and important nature reserve in the area with biking and hiking trails. Arvi Park (Parque Arvi) is a beautiful place in itself, but the metro cable ride up is unforgettable.

Medellin also hosts a botanical garden (Jardin Botanico de Medellin) with over 100 species of wildlife and thousands of flowers. The garden spans nearly 34 acres and is a nice getaway from the surrounding hustle and bustle of the city.

The Street Art is Phenomenal

The Food and Coffee is Delicious

There are 1000’s of places to eat in Medellin. You can find almost everything from traditional Colombian food to Japanese sushi and Italian pasta. There’s a coffee shop on almost every corner and if you know anything about Colombian coffee, it’s some of the best in the world. Food (gastronomy) plays a large role in Colombian culture and it would take months if not years to enjoy everything Medellin has to offer food wise. Food vendors line the streets and there are a plethora of mom and pop owned restaurants in the area. Most hotels also host restaurants and some big chains have locations in the area. The local malls have giant food courts and it’s easy to get food delivered with a simple phone app like Rappi. If you’re a foodie, Medellin will not disappoint.

Medellin is full of colorful stores and niche boutiques. There are also plenty of modern big box stores and malls. If you’re visiting, take a few hours and check out some of the local shops and malls. Colombia has a style of its’ own and the local fashion is no different. Weather you’re looking for an upscale dress from a high-end boutique or a beaded bracelet from a street vendor, you can find it in Medellin. Typically, clothing costs in Colombia are high (similar to western standards) but everything else is cheap (food, drinks, jewelry, housing and transportation). Also, it’s easy to find deals on clothing and most sellers (not all) will negotiate pricing with you. At the end of the day, costs are still cheap compared to western standards and you can find some really cool and original clothing (I bought a beautiful light blue poncho with cream stitching and a hood that I absolutely love wearing).

Guatape is an Andean resort town about 2 hours east of Medellin by bus. Hundreds of companies offer tours of Guatape and it is a must-see if you visit the region. Guatape is known for its’ colorful pueblos, water sports and breathtaking views of the surrounding lakes and mountains. There is a giant rock southwest of town named Piedra del Penol that has a staircase (hundreds if not thousands of steps) you can ascend to the top. From the top of Piedra del Penol you will see some of the most spectacular views anywhere in the world. If you visit Medellin, it’s worth the time to plan a trip to Guatape, in fact, it’s a must.

Is Medellin Worth Visiting?

I would absolutely recommend visiting Medellin. It is an amazing city full of culture, history, art, nature, food, coffee, shopping and extraordinary service. The people are nice and the atmosphere is magical. If it’s your first time visiting Colombia, take a look at this article “Staying Safe in Colombia” as a refresher. Medellin is a fairly safe city but it’s always important to follow some general guidelines and safety tips when traveling abroad.

If you’ve visited Medellin in the past or plan on visiting in the future we’d like to hear from you. Please leave a comment below and tell us about your experience and/or future plans. We hope you enjoyed the article. 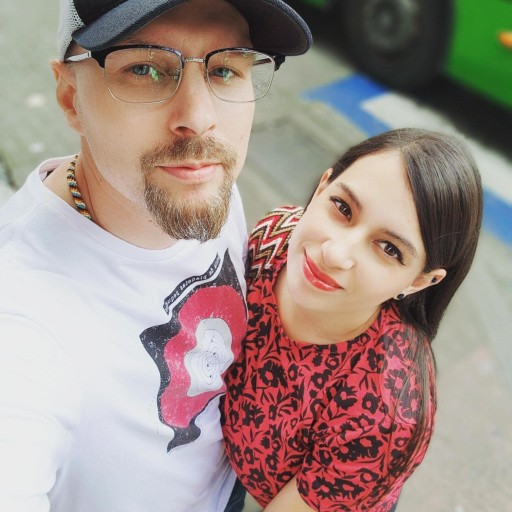